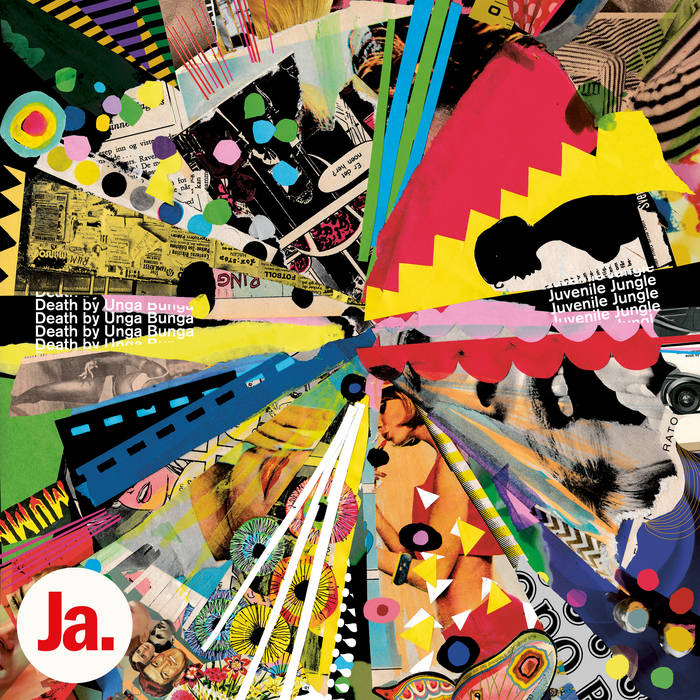 It’s almost six years ago since Death By Unga Bunga released their debut album, «Juvenile Jungle», and now, in 2016, both Jansen Plateproduksjon and the band felt that it was about time to issue that record, too, on vinyl. This was the record that kicked off the band’s career, and there’s no doubt it still sounds great.

The band themselves say that they rarely listen to music they’ve made earlier, but when they put on «Juvenile Jungle» they’re taken back to the days they spent at Harrys Gym Recording Studio along with producer Bjarne Stensli. All the boys were still in school back then, and they got Bjarne to write absent notes for the whole bunch. The teachers at Kirkeparken Secondary in Moss were surprisingly positive towards their studio visits, but they may have realized that great rock music was on its way. That makes it much easier, of course.

The ten songs that made their debut album, were songs they had been playing live for many years, and they were the only songs they had at that moment. The rest of their live set consisted mainly of songs by The Sonics. As mentioned, the album was only released on CD back in the days, but every time the band plays a concert, people come and ask when it will be released on vinyl.

Well, that time is now.

2016 will really be the year of Death By Unga Bunga. They released their fourth album, «Pineapple Pizza», in March, and on the same day that they’re re-issuing «Juvenile Jungle», they’re also releasing «Fight!» - an EP with four brand new songs. But, like the old saying goes: «You can never get enough of Death By Unga Bunga».