The Kids Are Up To No Good 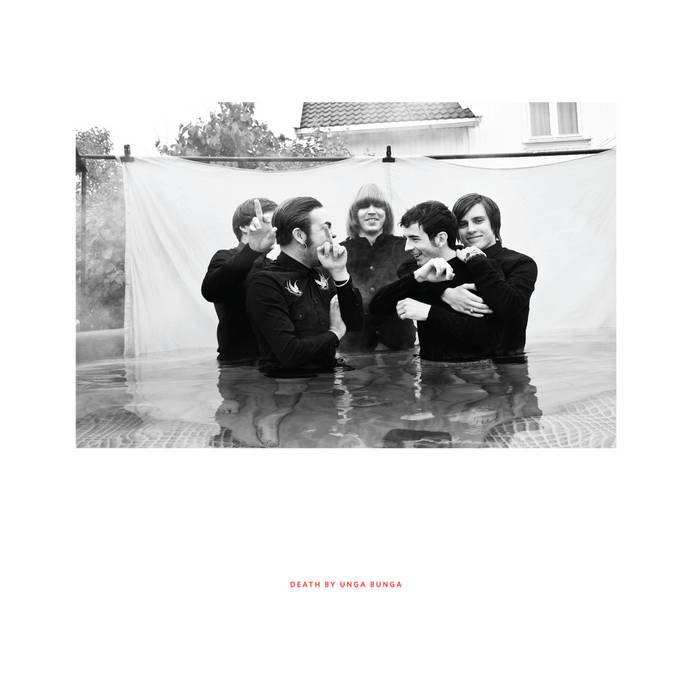 The young rockers in Death by Unga Bunga from Moss, Norway have in the recent years made a name for themselves, by doing hundreds of intense concerts and releasing their debut record ”Juvenile Jungle” in 2010. The debut received excellent reviews in a number of newspapers, and triggered somewhat of a breakthrough for the band. Norwegian daily Aftenposten wrote: “Rough garage rock making sparks fly”.

The Kids Are Up To No Good consists of 13 quality rock tunes with elements from punk, garage, soul, power pop and surf. The lyrics are mainly about exactly what rock should be about; girls, intoxication and dancing.

The band is known for their energetic and intense live performances, and have already played at festivals such as the Øya festival, by:larm, Buktafestivalen and Månefestivalen, to name a few. The name Death by Unga Bunga is taken from the record title of legendary mummy-punkrockers The Mummies, which was an influential band in the revival scene of garage rock in the 80s and 90s. DBUB’s sound is also partly inspired by this scene. That said, DBUB never sound dated, and they have a fresh and exciting approach to the genre and the music. Some garage, some punk and a lot of soul! This is rock from 2012.

10/10 “We were left shouting for more. We would probably still be there tomorrow morning, because after the first – and obligatory – encore, we were still hungry for more. They gave us another, but then we were told strictly that the band wanted to party too. With us.” Website Musikknyheter.no’s review of the band’s concert at Revolver, Oslo, 21.01.2012

The album is produced by Sjur Lyseid, who has previously produced Einar Stray, Casa Murilo, Youth Pictures of Florence Henderson, Moddi, Nomber 5s, My Little Pony, Monzano and Little Hands of Asphalt, and is recorded at Six Feet Over studio in Oslo.